Kitai is a Marat. She is the daughter of Doroga, leader of the gargant clan. Like most of the Marat, she is very agile and very strong, and can see in the dark. She is pale skinned with canted eyes.

Kitai is introduced when Tavi undergoes his trial by the Marat. She and Tavi are racing through the Wax Forest to see who can collect the Blessing of Night and return first. Tavi is attempting to save his own life, while Kitai is trying to earn the respect she needs to go join the clan of her choosing.

Tavi and Kitai go to the Wax Forest. There, they avoid the many Keepers, but an early mistake has alerted the Wax Spiders to their presence. They both still manage to collect the Blessing of Night, but not before attracting many Wax Spiders. Tavi manages to utilize items in the pack Fade sent with him to destroy or run off a large number of the spiders. However, this awakens the Queen. During the escape Kitai becomes injured. Tavi uses the Blessing of Night he has collected to quickly heal her. The entire experience causes Kitai to bond to Tavi, making her more like him, including eye color.

Because she has bonded with Tavi, Kitai feels a strong urge to follow him. This eventually puts her in Alera Imperia while Tavi is at the Academy. She has been bypassing traditional fury-based security that relies on detecting fury use, which Kitai does not do. She's been stealing things across the city, but never very important or valuable things, mostly clothing and food. Tavi eventually catches her and they use her tricks to break Max out of prison.

Ambassador Varg leads Tavi and Kitai down to The Deeps where they find many taken Canim. Kitai informs them that she's heard of such things before. The Marat have previously dealth with the Vord, typically ending with many, if not all, Marat killed or taken. She informs Tavi that they must work quickly to stop this menace. Tavi and Kitai return to the palace and alert the legionnaires and Gaius Sextus's guards of the incoming attack. Tavi and Kitai manage to protect the First Lord until help arrives.

Tavi's duties put him with a new group of legionnaires known as The First Aleran. Kitai is hiding her identity as a blind beggar in the camp of those that follow legions around, but which are not part of the normal supply chain. After the attack on the First Aleran leadership, Kitai finds Lady Antillus’s campsite outside of the Legion camp. She alerts Tavi to it and, after a little bit of eavesdropping, they discover that Lady Antillus’s brother Lord Kalare has colluded with the Canim who are now making landfall in an invasion attempt. Lady Atticus was supposed to take charge of the First Aleran after its leadership was killed, but Tavi had pickpocketed her purse wihch contained a red stone that defends the owner against Canim sorcery.

Due to her adoption of an Aleran as a chala, she has access to all the same furies as Tavi. This includes all disciplines, though she has yet to manifest a fury. They also, take on a real relationship.

Tavi is going to Alera Imperia to take Varg back to Nasaug as a sign of good faith that the Alerans won't attack the Canim as they evacuate. As part of the plan, he needs a large number of coldstones, which are quite valuable and relatively scarce. Kitai steals many of them before the breakout attempt. During the breakout, Kitai and Isana go to the roof of the Grey Tower and divert a nearby aqueduct to flood the roof. They then use one of the coldstones to freeze the water. The net effect is that, when Tavi makes it to the roof with Varg, they don't ever step on the roof itself, which would activate guardian gargoyles. Tavi's plan has some minor setbacks, and, as a result, a large number of guards are after the group. Tavi uses another coldstone to put out all of the furylamps in the area. Because Kitai can see so well in the dark, they are able to make their escape relatively unimpeded.

Tavi and Kitai are going to Varg's homeland of Narash. During the trip, the fleet is blown off course by a storm and they end up near the Canim realm of Shuar. They make port there and are taken to the Shuar leader Lararl. He tells them that Shuar is the last remaining Canim realm. The Vord have wiped out all of the others. Lararl takes them all prisoner and plans to use their blood as fuel for his ritualists' spells. Before that, though, the Vord manage to breach the Shuar defenses and are beginning to overrun the realm. Varg convinces Lararl to allow Tavi to attempt to save them. Tavi comes up with several plans, but keeps them secret (so that the Vord queen cannot read their minds and learn their plan) and sends orders to key people to enact their part of the plan. Tavi knows there will be a queen near the breach in the Shuar defenses and takes a small group to reason with her. Knowing that he's going to attempt this and that it will fail, Kitai takes several Canim Hunters and they disguise themselves as Vord. When Tavi's plan to reason with the queen fails, Kitai is there with the Hunters and they manage to kill the queen and escape. 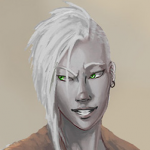 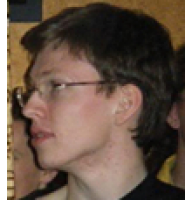